The NCAA is facing heightened public scrutiny this year as many fans, players and front-office staff have called for the organization to be more proactive in its support of social justice. Critics say a lack of diversity has created an unfair playing field that doesn’t help college athletes achieve equal opportunity after graduation.

The “what is the lapchick racial and gender report card” is a report that grades college sports teams on their commitment to social justice and equal opportunity. 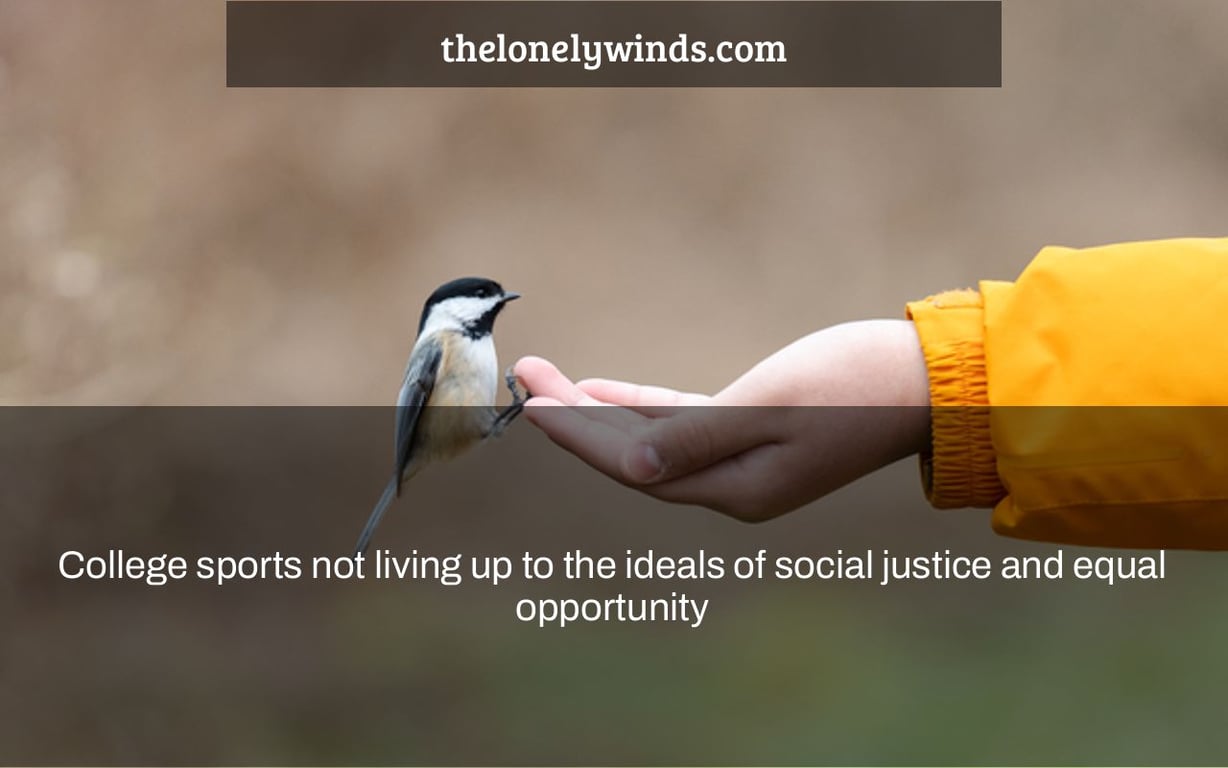 Richard Lapchick is a human rights activist, a racial equality pioneer, a sports expert, a scholar, and an author.

I’ve been a college lecturer for 52 years. One of the reasons I received my PhD and wanted to teach was because I believed that the values I hold dear, such as social justice and equal opportunity, would be a part of daily life on a college campus.

I’m still disappointed every year when we present the College Sport Racial and Gender Report Card, 52 years later (RGRC). I knew I wanted to do something to help women and people of color have greater opportunities in professional sports. I foolishly assumed that college athletics would take care of itself. So here we are, more than five decades later, releasing The Institute for Diversity and Ethics in Sport (TIDES) at the University of Central Florida’s 2021 College Sport Racial and Gender Report Card. It’s disgusting that college athletics continually gets among of the lowest scores of all the report cards we produce. This year was no different.

Furthermore, white women hold an overwhelming majority of senior woman administrator jobs, accounting for 79.0 percent, 85.1 percent, and 91.0 percent of these posts in Divisions I, II, and III, respectively.

In Division I, the number of black sports information directors fell from 7.5 percent to 7.0 percent.

The percentage of black head coaches in Division I for all men’s teams fell from 13.6 percent to 12.7 percent.

The percentage of black assistant coaches on Division I women’s teams dropped from 24.6 percent to 23.3 percent.

Rev. Jesse L. Jackson, founder and president of Rainbow/PUSH, told me, “We demand the best of our athletes on the field, and we should also expect the best of our leadership off the field.” “The collegiate athletics business continues to make billions off the backs of a disproportionately minority talent pool. Despite this, they continue to struggle with putting in place a system and infrastructure that promotes genuine diversity and inclusion in their recruiting methods, managerial roles, and coaching. According to Dr. Lapchick, the NCAA maintains a C average, which is an undesirable grade. We can’t continue to expect A’s in performance from leaders who can barely produce C’s. Unfortunately, college athletics do not live up to the values of social justice and equality, and this, my friends, must change.”

If you’re an optimist, you can argue that it was only a bad year and that things are much better now. You’d be dead wrong if you did. In Division I, 86.7 percent of conference commissioners are now white. In 2007-08, 86.5 percent of the population was white. In Division I twenty years ago, 2.4 percent of the assistant coaches were black. It was 6.6 percent ten years ago. It’s now just 12.2 percent. Yes, it’s better. No, thank you!

Don’t expect associate ADs to bring in persons of color to fill the pipeline. Black individuals sat in 8.5 percent of seats ten years ago. Only 10% of associate AD positions are held by Black persons after a decade.

The following are some of the outcomes:

All of these data omit HBCUs, which would improve the numbers if they were included.

People of color had increases in the following categories:

• Athletic directors in Division I climbed from 15.5 percent to 16.7 percent.

• In Division I, the number of associate athletic directors climbed from 13.7 percent to 14.7 percent.

• The percentage of Division I football teams with head coaches climbed from 10.6% to 12.0%.

• Head coaches for all women’s teams in Division I rose from 16.0 percent to 16.3 percent.

• The percentage of women’s basketball teams with head coaches climbed from 21.8 percent to 24.6 percent in Division I.

To modify this, we’ll need assistance. Working with heightened awareness at this era of racial reckoning might assist speed change. Athlete activists taking aim at the employment methods would be the true spark. They might also put business partners under pressure to put pressure on colleges.

The NCAA Leadership Collective, which was established in January 2021 and provides a database of candidate profiles to assist improve the visibility of top administrators and coaches of color, has a key role to play in this initiative.

Finally, there has been a lot of criticism of the Rooney Rule’s ineffectiveness un the NFL. Despite this, I continue to advocate for the Eddie Robinson Rule and Judy Sweet Rule, two initiatives that, if adopted, would provide opportunities for women and people of color by requiring at least two diverse candidates in the final selection process for all senior positions and coaching positions. The Russell Rule was established in August 2020 by the West Coast Conference, headed by commissioner Gloria Nevarez. The Russell Rule mandates that each of its member schools “include a member of a historically underrepresented population” in its recruiting process, similar to the Robinson and Sweet Rules.

“This is another example of how George Floyd’s life continues to have a good influence in helping America realize the catastrophic repercussions of racism and commit to combatting bigotry,” Roger Floyd, a co-founder of the George Floyd Memorial Center and George Floyd’s uncle, told me.

Those wanting change must work more to maintain the momentum that the racial reckoning has generated. Our voices must be heard, and our messages of diversity and inclusion must become operational principles in our athletic departments and at the NCAA.

This column benefited greatly from the contributions of Charlie Kruger, Candace Martin, and Hannah Nelson.

Richard E. Lapchick is the director of the University of Central Florida’s DeVos Sport Business Management Graduate Program. Lapchick is also the president of the Institute for Sport and Social Justice and the director of UCF’s Institute for Diversity and Ethics in Sport. He is the author of 17 books and the yearly Racial and Gender Report Card. On Twitter, he’s @richardlapchick, and on Facebook, he’s @richardlapchick.

College sports have not been living up to the ideals of social justice and equal opportunity. This is a report card on how they are doing in comparison to other college sports. Reference: ncaa report card.