When Sadio Mane’s agent said he was “washing his own underpants,” the Liverpool player had to issue a statement denying that any such action occurred.

Sadio Mane is a Senegalese professional footballer who plays for Liverpool and the Senegal national team. He has been in the English Premier League since joining Southampton, for whom he made his debut in August 2010. His nickname is “Sai-da”. 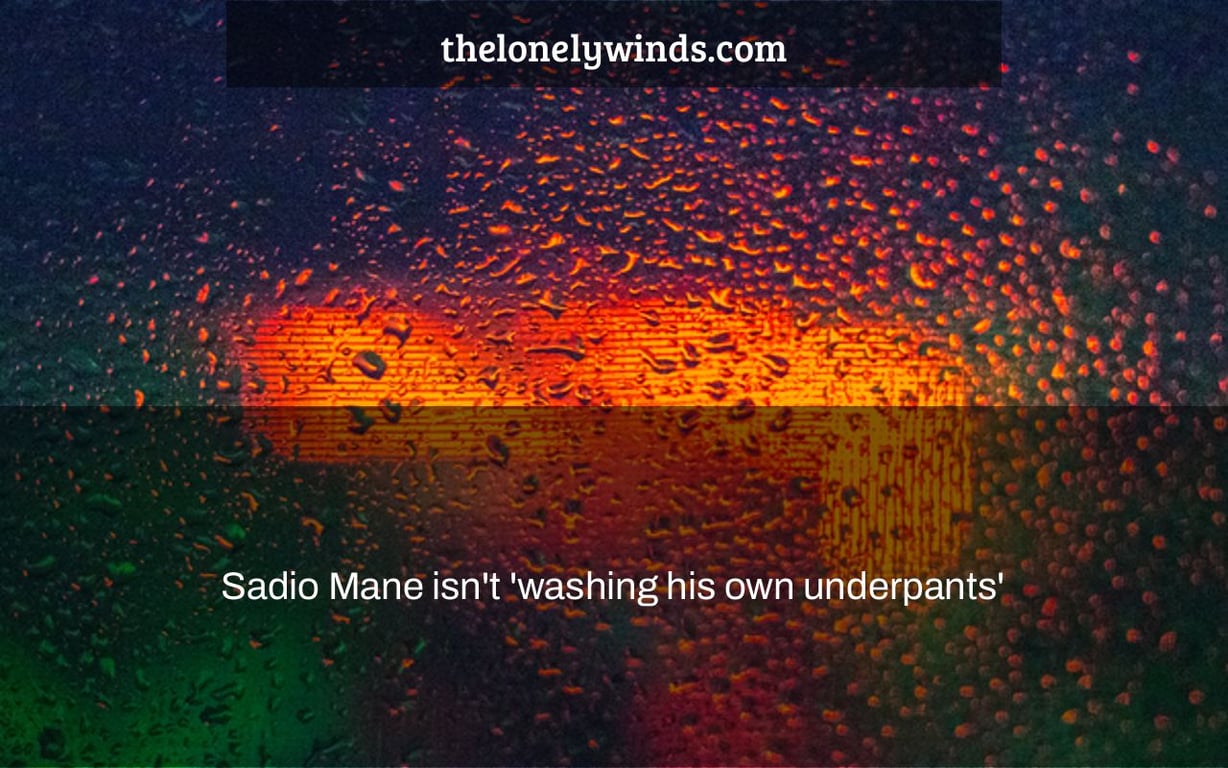 Mario Marinica, Malawi’s head coach, has lashed out over the circumstances his team has faced in its Africa Cup of Nations (AFCON) accommodation, claiming that there is a deliberate prejudice towards the “smaller” countries in the tournament.

The Flames will meet Morocco in the round of 16 on Tuesday in Yaounde’s Stade Ahmadou Ahidjo, but their preparations have been hampered by food sickness, a shortage of basic goods, and, according to Marinica, a lack of laundry facilities.

The Romanian head coach feels that favoritism towards the competition’s major teams is putting the smaller lights at a disadvantage. His remarks come after claims from Gambia about the sub-standard conditions they have seen.

“You wouldn’t see Sadio Mane washing his own underwear and hanging them to dry on a bush,” Marinica said. “We have the same situation in Gambia, and there are different standards here, and teams are handled differently.”

“We speak about inclusivity and how we want to have minnows, tiny teams accomplishing incredible things, but when it comes to the knockout rounds, people don’t want us to play against Cape Verde and Senegal not to face Morocco [for example].”

“Some questions must be raised, such as why are these things occurring to us, why just to smaller teams, why only to Comoros, Gambia, and ourselves?”

While Marinica’s clothing were laundered, his squad was forced to do their own washing, and hotel workers at the Hotel Valle de Bana in Bafoussam had also failed to supply the team with basic necessities.

“I’ve requested that my coworkers and team leaders file a formal complaint,” he continued. “I protested to the estate management, and we suffered for three days in the present [hotel] until things were straightened out.”

“They stated the milk was done till tomorrow, so I couldn’t have milk for coffee.” We’re regarded like second-class people, but if you’re a hotel manager and you see this, you take action because you can’t tolerate that in this day and age, with such fierce competition.

“I was startled when we stayed in the same facilities previously; we didn’t have enough food, and there were complaints about the food, but we kept together, worked hard, and stayed strong, and we will come out on top.”

Malawi has also had food sickness and coronavirus difficulties before to matches, with Marinica reporting players vomiting prior to and during matches after eating subpar food.

He said that the officiating at the AFCON has not favored his squad, and that the same prejudice against the stronger teams is flowing into the tournament’s officials.

“On the field, honesty is crucial,” he said. “In our previous encounter, the referee had a major role in our 2-2 draw with Senegal, when we had a clear penalty, the player was pushed and dragged, and the referee did nothing.”

“Then the umpire called offside when he should have called advantage; it’s as though we’re second-class citizens.”

Midfielder John Banda backed with Marinica’s claim that the squad was treated unfairly in Cameroon, and called on the Confederation of African Football to guarantee that all teams are treated equally.

“Our clothing haven’t been cleaned, and we’re having some issues,” he said to ESPN. “Unfortunately, we’re being seen as underdogs.”

“We, as Africans, ought to be treated fairly, just as Senegal and Nigeria. This is a competition; no side can promise victory, and we all deserve to be treated equally and fairly.”

Malawi is playing in their third AFCON and has never advanced beyond the group round.

Europe Brings a Lawsuit to a Trade Fight